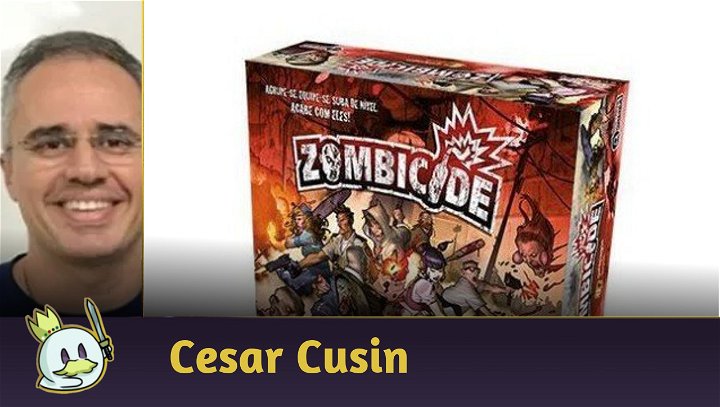 There are relatively simple missions, like getting food, or just staying alive. However, there is a horde of zombies with different abilities standing in your way! Do you accept the challenge?

My relationship with zombies

Welcome to the Zombie Apocalypse!!! Believe it or not, but I've never been into anything with a zombie theme, I've always found it kind of boring, clueless, and other adjectives that don't fit here. Since then, shows like The Walking Dead have been summarily ignored by me. Am I not from this planet? I don't know, sometimes I think so... The fact is that not even award-winning movies, like

, I watched, and I love movies with Will Smith. My rejection of the theme is so great that not even music videos with zombies I like. Well, the grumpy old man who writes them here has also said that he doesn't like online games or consoles (I must definitely be from another planet), this also took me away from games like The Last of Us (not exclusively zombies), but with the same footprint. Well, that was real until I came across Zombicide!

I love Board Games, so far nothing new, but the extent of this “support” making me like the zombie theme is another conversation. I didn't give up quickly, I ended up creating barriers that the game itself in explaining the rules was demystifying and making it seem interesting, to the point that I allowed myself to play and believe me:

I really liked it

!!! I will explain the reasons later.

Here we have Zombicide, a game that mixes a lot of mechanics (which is good) that make it very immersive, I'll explain: hand management, the fact that it's cooperative, players have different skills, dice rolls and the board is modular. I will explain one by one to show the advantages of the mechanics together. Hand management makes perfect sense in the scenario, as you have to manage what you have in your hands to face the zombies, this is very real in terms of weight or how many hands you use for a certain weapon or tool. The game is cooperative, it makes a lot of sense, since the number of zombies is always higher, so working as a team is necessary. The characters of the players have different abilities, it's only fair when it comes to different people, in real life it's like that, and it's good since we can complete each other. The dice roll brings the luck factor, after all, in an environment with zombies everything is unpredictable, the dice bring us that, unpredictability. Well, finally, the modular board allows us to create and recreate various scenarios, exponentially increasing the replayability of Zombicide. See Zombicide's motives getting my attention? It is a game for 1 to 6 players by designers Raphaël Guiton, Jean-Baptiste Lullien and Nicolas Raoult. For those who like miniatures, Zombicide is a full plate. Another really cool thing about Zombicide are the expansions, there are many, and the Adventures, apart from the ones that come with the Board Game, there are many available on the internet in national and international game repositories. Not to mention that online gaming sites, that I have already covered here in CardsRealm

, also make Zombicide available, in addition to the App versions for mobile phones.

Playing Zombicide is simple, fun, deductive and realistic. Let's see, there is always a mission, no matter how small. You are hidden, safe, but something is always missing, be it food, water, or any other object, whatever it is, but whether you like it or not, it is necessary to get out of the “lair” and take a risk. Sometimes crossing the street can be your biggest challenge: Zombicide is like that, it doesn't give you a chance to breathe. It's a good strain permanently. There is no way to go unnoticed through this game, or rather, during the game. Either you are turned on, think in a group, or your character is captured. Fulfilling objectives is necessary, but more than that, it is necessary to survive, and don't think that's easy in Zombicide.

“Nothing worked the way it was supposed to.”

- Robert Neville – Will Smith's character in I Am Legend

The game brings many real facts to the board, obvious things, but in gameplay they make all the difference. For example, a tool like the axe can make the most noise when breaking a door, and noise draws zombies' attention, but the same tool makes no noise if used in melee combat. So using the right tool at the right time makes perfect sense. Killing zombies is critical, not just for your survival or for the sake of the mission as a whole, but for your own character, as it will gain more abilities when eliminating the zombies, from more actions to speed, and more skill with both hands. Everything is training, and you learn over time, but by eliminating zombies. But is it just a matter of drawing up a good strategy, acting stealthily, and success is guaranteed? Not at all, and I'm glad it's not so! Zombies, as well as player characters, have different abilities, some are extremely slow, which basically walk dragging themselves. There is also the fat, obviously more resistant. The abominations are the hardest to kill, and then there are the runners, zombies that actually move faster, making life difficult for the players . As if that weren't enough, their different abilities, the damage needed to kill them also differ between them. Want more? Take it! They give different experience points for player characters to strengthen their skills. So, even choosing which zombie to kill is important!

Combat with zombies can take place in melee and ranged combat. Both options have advantages and disadvantages. If you're against a slow zombie, melee combat might be enough, and if it's quiet, even better. This situation isn't the same if you're facing a Fatty or Abomination, so melee combat is not recommended, unless you don't want to survive. Using a weapon for a ranged attack is advantageous to keep zombies at bay, but it makes noise, it ends up calling more zombies. The fact is that sometimes only these weapons will take care of the zombies, and I'm not just talking about weapons, I'm also talking about Molotov, among other things that explode from a distance. Strategy is necessary when facing the zombies, drawing their attention can be good, sometimes even necessary, for the greater good, but all this has to be very well-thought-out. The fact is that every end of turn new zombies come into play, after all, it's a horde!

Not making noise is imperative in Zombicide, it draws the spotlight to you, but knowing how to use noise to your advantage is a good use of this possibility. Making noises happen in areas other than where you are or want to be makes a lot of sense and is a great distraction for zombies, to buy yourself time, and time is crucial in Zombicide.

“We always think we'll have more time. And then time runs out.”

The strategy in each case, in each objective is paramount, only in this way will they be able to achieve the objectives. Will there be sacrifices from player characters? Maybe yes, a hero among the characters had to give their life for the group, or for the greater good, but know that this is normal in Zombicide, what is tried is to minimize casualties.

Zombicide can end in 2 ways: with defeat, when all survivors are eliminated by the zombies, or with victory, when all objectives have been achieved, even at the cost of sacrifices from other players. As it is a cooperative game, all players win in this case.

Particularly, games that accurately simulate reality gain my attention. Zombicide was in my favor because of that. Never was silence more necessary, acting stealthily is crucial, and you can bring that into the game for a lot of immersion. Explaining to minors that their actions have consequences is something that can be used to the extreme here, nothing goes unnoticed. This gives a sense of responsibility and team spirit, of sharing. Cooperative games end up serving to bring out the leader who exists in you (if there is one), and it is widely used in corporate training, believe me! Notions of reality transported to the board is perhaps Zombicide's greatest contribution, so I recommend this game in your collection! 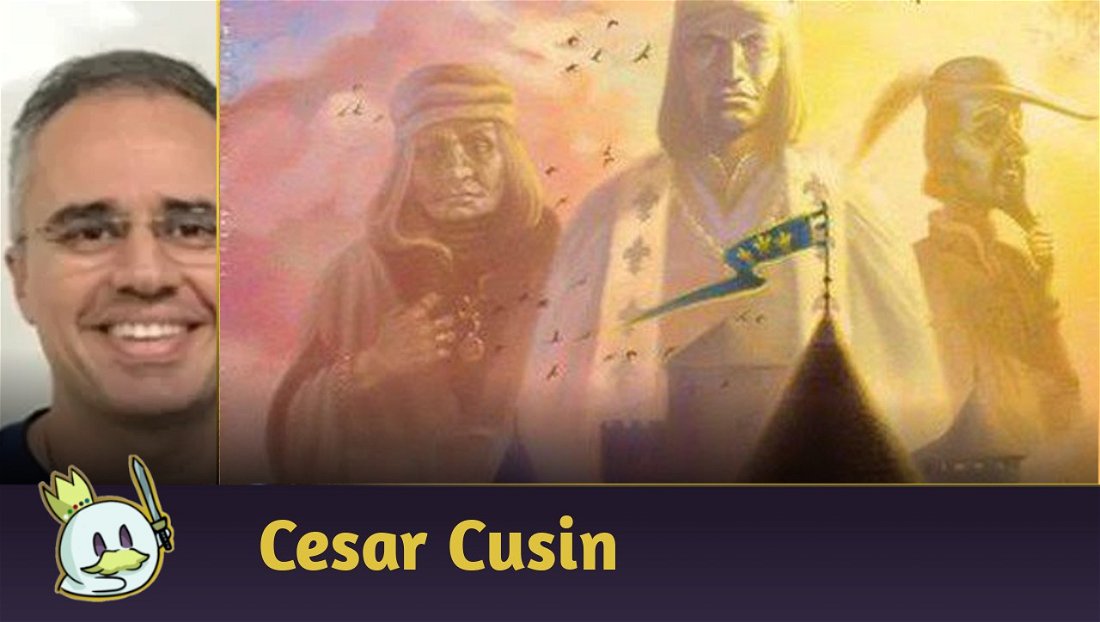 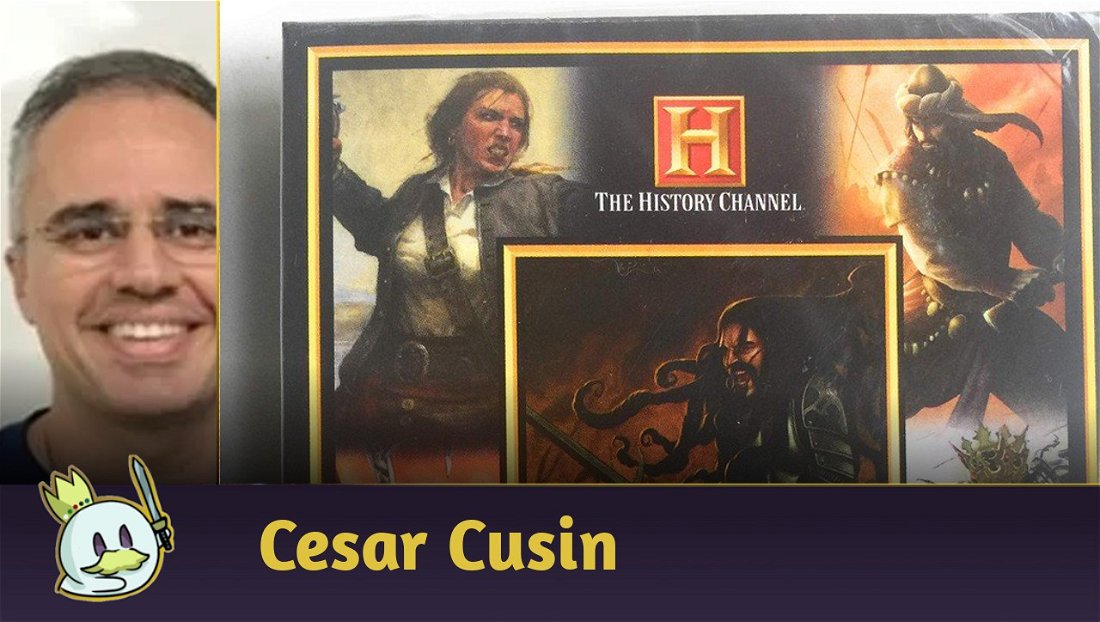