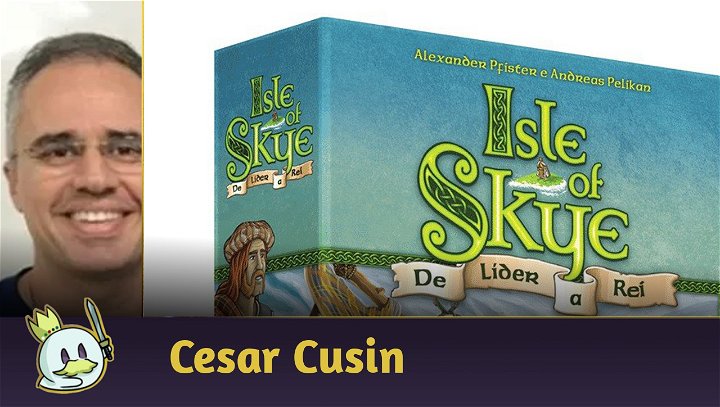 Your clan will compete against others to dominate the Island. Strong trade, large naval fleet, investment in lighthouse and farms can make you prosper and gain the upper hand.

The Isle of Skye actually exists, it is in Scotland, being the second-largest island in the country. And I say already, the game represents very well the history of the clans of the time in their dispute for local dominance, which is really cool. The 5 clans of the time are: MacLeod, MacDonald, MacKinnon, MacNeacail, MacInnes and are represented in the game with the same name, and this is even cooler, reliving the dispute of the time.

Isle of Skye: From Leader to King is a 2-5 player game, ages 8+, by designers Andreas Pelikan and Alexander Pfister, both designers of several other cool games, well worth researching.

The game covers betting mechanics, tile placement, collecting components, auction and modular board. On top of that, I assure you, it's an excellent entry-level game. To top it off, the year after its release, in 2016, it won the Kennerspiel des Jahres Award – Best Strategy Game.

How Isle of Skye works

The game is simple, but it doesn't mean it's not strategic. Each game will be different from the other, and I can prove it: each game uses only 4 of the 16 available tiles with different scores, so there are

with different strategies to win. Very well, after raffling 4 tiles out of 16, it's good to know that they score 3 times each tile, that is, there are 12 opportunities to score, 3 times with each tile. In other words, if you didn't score well with a given tile, you still have 2 opportunities to improve, this with each tile of the 4, it's a lot of strategy and planning for future scores. It's a fantastic exercise in strategy. Well, they all start with the same area in size and resources, that is, well-balanced, but that's where the dispute between the clans starts. Each player receives a banner with their clan name stamped on the front, their castle tile and a discard token. Note that I didn't mention that players start with an “x” value to trade. That's right, they start to dispute with nothing. But that's where things start to take shape in the game, the first step of the turn is to receive the income for your castle and the available whiskey barrel pieces - after all, this is Scotland... But there's a detail, the tiles with barrels to score must be connected to your castle by a road, but that's something for the future, since at the beginning of the game, I repeat, you only have your castle tile, which gives only 5 coins. Then each player draws 3 tiles (out of the 73 available) and places them in front of their banner side by side, for everyone to see. Well, now the game shines! Use your cold blood to assign value to 2 of the tiles using your money and put the discard marker on 1 of them, that is, 2 tiles can be bought by the other players for the price you stipulated and 1 of them will be summarily discarded. Remember not to put a price too high because it can't be something that makes you run out of money to purchase another tile from other players, and there's also a catch there. If no one buys your tile, you will have to pay the price you put on it, that is, you have to manage the value you put in it well, since you might have to purchase it yourself.

Okay, now for the shopping part. You can only buy 1 tile from one of your opponents, that's all. Choose wisely, always focusing on what will be scored that turn. At the end of the turn, the tile that isn't purchased from your clan, you will have to pay and keep it yourself. After that, just place the tile that you bought and that, by chance, you must have paid for no one to buy it. For tile placement, consider roads and terrain types, as this can hurt your income. Remember that the tiles with whiskey barrels have to be connected to your castle by the road. This is a strategic step too! After that, the scoring takes place according to the score tiles drawn for that turn, this is repeated 6 times, and the score tiles are alternating, which gives the game dynamics; this is where you should focus your purchases and tile placement.

Well, it's a game that has a really cool historical load, we played with the names of the clans of the time. Then, merging the valuation of tiles, discarding others, which turn to buy, placing tiles in the right places around the castle, adds an extra flavor to the game. In terms of positioning the tiles, Isle of Skye is very reminiscent of another classic, Carcassonne, it's the same technique, equal terrain, connecting roads, and so on. It's very strategic but totally iconic, regardless of language. The tile pricing phase is very fun, as you want to put a value so that they don't buy a tile before you do, but at the same time, if you put a high value, no one will buy it, and you'll have to pay the costs. The timing of your purchases is also very challenging. What to buy (with an eye on what scores), when to buy (if you will score now or in the next round), the price of the tile (will it give me the desired score), in short, answering these and other questions are part of the phase that is incredibly fun.

Scoring occurs at each end of turn according to the turn scoring tile, and obviously, at the end of the game the final scoring still occurs, where the scrolls are scored. Yes, there are scroll tiles that score at the end of the game and remaining coins in your clan's possession are also worth points, in the order of 5 coins for 1 point. The player with the most victory points wins. In the event of a tie, the remaining coins break the tie.

Don't lose focus on the scoring tiles, there are only 4, they will be your guide. They appear 3 times each, sometimes mixed with each other, meaning two or three different score types each turn. They really make a difference in the game. Don't be discouraged if you don't score well on a certain tile, you'll still have other chances to score on it, just focus. Barrel tiles are important at the beginning of the game, as they provide coins at the time of income, but they are not your only source. The value of sales of tiles helps you a lot, so never put a price too low or too abusive, as it may not sell, and you'll have to pay.

Spending a turn without buying won't make you lose the game, sometimes it is strategic not to spend if you want to plan for the future, even more so if you already have enough tiles for a good score in that turn. Use your head. Sometimes it's worth buying a tile that you don't need, but with that, don't allow another player to buy that tile and get too much advantage. Is it a bit unfriendly? Yes, but the dispute between clans is like that, really. In short, in Isle of Skye you can use strategy in every phase of your turn, just execute wisely and look to the future!

Teaching Tips for Isle of Skye

Here we have several pedagogical opportunities, and that's great! Teaching the little ones to make plans for the future by managing their money is possible, as you have to save up to buy the next tiles, and that with an eye on what's worth it. Pricing is a great exercise, especially knowing that you will have to pay for it if no one buys. The exercise of pricing according to demand is great. This gives a very nice view of strategy combined with financial management. Keeping an eye on what you score keeps you attentive and connected at all times, exercising attention and focus. The spatial notion is not left aside because when positioning tiles purchased by terrain type, road linking gives you a tremendous spatial sense. If you liked it, know that in addition to the tabletop version reviewed here, there is the possibility to play on Android devices (Isle of Skye: The Board Game), IOS (Isle of Skye) and Steam (Isle of Skye). I recommend Isle of Skye: from leader to king, in your collection! 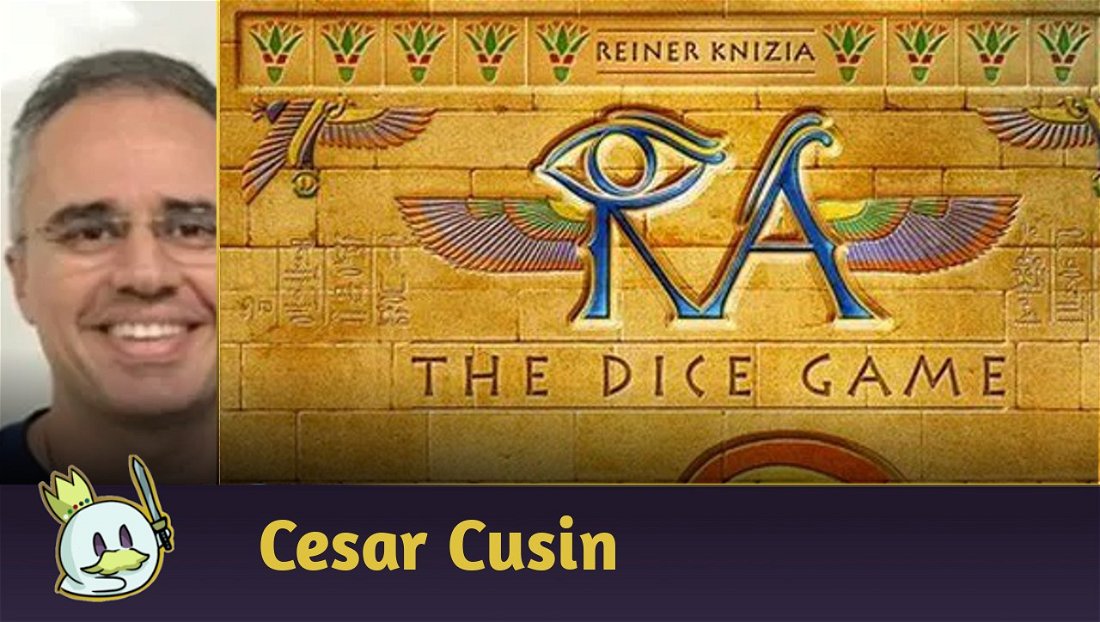 Board Game Isle of Skye Strategy